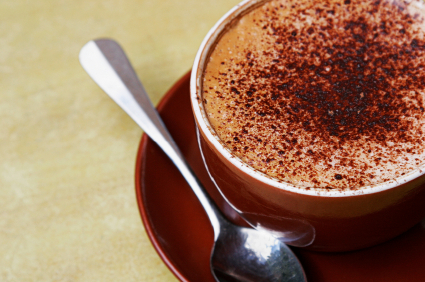 Every morning, we often see people matching their newly delivered or bought newspapers with a freshly brewed cup of coffee. Coffee is also almost every college student’s best companion every time they pull an all-nighter to prepare for the dreaded examination weeks.

Every week, we received many emails from our subscribers telling us that they cannot stay awake without drinking coffee in the morning.

According to the International Coffee Organization, from 1999 to 2010 the amount of coffee being exported by the 70 major countries that export coffee increased from 89.4 million bags to 93.4 million bags. This goes to show that coffee indeed is one of the top agricultural export commodities in the world.

But too much of something is not always a good thing, right?

The caffeine in the coffee is a mild addictive stimulant. This coffee component causes an increase in heart rate, blood pressure, and blood cholesterol. It also causes dehydration as it pushes the body to lose water by urination. Experts even suggest, that you must intake an extra 8 ounces of water for every cup of coffee you consume.

Too much coffee intake can cause headaches which in turn can disrupt the mind to focus, making it hard to do their work, to study, or to even simply think. Its acid can also worsen ulcers. A person who is stressed should not seek refuge with coffee as it only aggravates it.

The Four Super Alternatives You Should Try

There are other numerous alternatives available in the market that can compete with coffee’s taste minus the health risks that coffee has. The BIG four alternatives are matcha, maca, cacao, and carob.

Matcha or sometimes called maccha is a high quality green tea powder that originated in Japan. In fact, it is embedded in their culture for centuries as the main element of the traditional Japanese tea ceremony.

Unlike other tea leaves, matcha is prepared painstakingly to achieve its fine quality. It is purposely farmed with reduced amount of sunlight to increase its chlorophyll content which also gives its distinct dark green color. This component is also beneficial to one’s health as it is a strong blood detoxifier.

Matcha contains a unique amino acid called L-Theanine which contributes to its noticeable sweet flavor. In a study published in the Biological Psychology by Kenta Kimura, et.al., they conducted a double-blind experiment on how L-Theanine can influence the psychological and physiological states when under stress on 12 people. The participants went through  four separate trials of taking L-Theanine: one at the start, another at the midway, and the remaining two were the control trials–either they took a placebo or nothing.

They found out that the intake of L-Theanine reduced heart rate and salivary immunoglobulin responses to an acute stress task compared to the two control trials. In conclusion, the results suggested that L-Theanine could cause to reduce stress levels.

It is also rich in catechin polyphenols which is one of the highest Oxygen Radical Absorbance Capacity (ORAC) kinds of antioxidant. This fights diseases and helps strengthen the immune system.

Centuries ago, matcha is only prepared as a tea drink for meditations. Now, it can be used as an ingredient in ice creams, cupcakes, or even sushi.

Lepidium meyenii or maca is a root medicinal herb cultivated mostly in Peru. Like matcha, maca has a historical value to the lives of the early Peruvians. It contains fatty acids  and amino acids that are good for the health.

The root crop maca can be prepared in several ways. Huatia is a delicacy in Peru which is made by roasting maca. Its roots can be used as a flavor for porridge, jams, and soups. Its powdered form can also be used as flour. But most importantly, it is used to make medicine.

Because of its multipurpose nature, it can help enhance and boost energy, stamina, and memory. It is also currently gaining its popularity as a natural aphrodisiac, although there were experiments conducted to confirm this, there are still no concrete evidence to support this claim.

Maca may not be as popular as coffee but this sure is much healthier than coffee.

Ever wondered where your favorite chocolates came from? Well, they originally came from the cacao plant which is used in numerous ways to extract its healthy potentials in different forms.

Its name is derived from the Greek for “food of the gods” as this was believed by the Mayans, a South American civilization, that this was discovered by the gods. At present, the plant is a high market for food and cosmetics industries.

But why cacao?  Cacao has a stimulant compound called theobromine which is like the coffee’s caffeine but the big difference is, theobromine is mild and non-addictive.

Hendrik Smit of the University of Bristol conducted a two double blind and placebo-controlled experiment that aims to determine the effects of the pharmacologically active compounds and  the presence of psycho-activity from a 50 g dark chocolate bar. In the first study, participants were  given  one test batteries before and  twice after their treatment. The treatment is composed of an 11.6g of cocoa powder and a combination of 19mg caffeine and 250 mg theobromine. In the second study, participants were given another three test batteries after the treatment to investigate on the  effects of the levels of milk and dark chocolates. The test batteries consisted a long duration simple reaction time task, a rapid visual information processing task, and  a mood questionnaire.

The results showed that cocoa powder with the presence of theobromine just like caffeine can produce psychopharmalogical activity or has an effect on mood, thinking, and behavior.

In a 2006 study by Mary and Marguerite Engler, cacao also has high level of flavonoids which is proven to be beneficial to the cardiovascular system.

It should be noted though that these benefits can be obtained by raw cacao which means that through cooking, its benefits will also reduce. So, relying on chocolate alone may not be the best way to harness its benefits.

Surprisingly because of its growing potential, cacao has become a global growing market. It can be consumed by its fruit, through its butter, and powder.

Carob is similar with cocoa for the reason that it can also provide that chocolaty flavor and appearance. It is commonly found in Spain and its neighboring countries in the Mediterranean. Interestingly, it is also called St. John’s bread since it was eaten by John the Baptist in a chapter in the Bible.

Carob powder is usually used in baking. Carob’s natural sweetness helps bakers and cooks to put lesser sugar in their pastries and dishes.

According to New York University Langone Medical Center, carob is a good source of fiber as it contains chemicals like tannins which helps in human digestion. It also reduces bad cholesterol and could potentially help weight loss and control blood sugar levels.

These four superfoods were ingredients waiting to be discovered before but now that they are given the limelight by researchers, doctors, and chefs; many people will definitely try these superfoods without thinking about missing their compelling coffee experience.

Coffee has been a part of almost all humans’ daily routine but if there are much healthier and tastier choices out there, why not go for it?

To find out more about how to use foods to heal your body and lose weight, you can go to the next page and watch my video on ‘3 Alkaline Secrets to revitalize your health and body’.

Emma Deangela is the best selling author of The Alkaline Diet Program and 80/20 Fat Loss. She has helped over tens of thousands of men and women to lose weight and transform their health with sound nutrition advice.

Which wonderful friends in your life would appreciate this information about these 4 superfood coffee alternatives?

Please help them by sharing this eye-opening article with each of them using any of the social media and email buttons below.